Home » TV & Movies » Yes, Days of Our Lives is making a Christmas movie 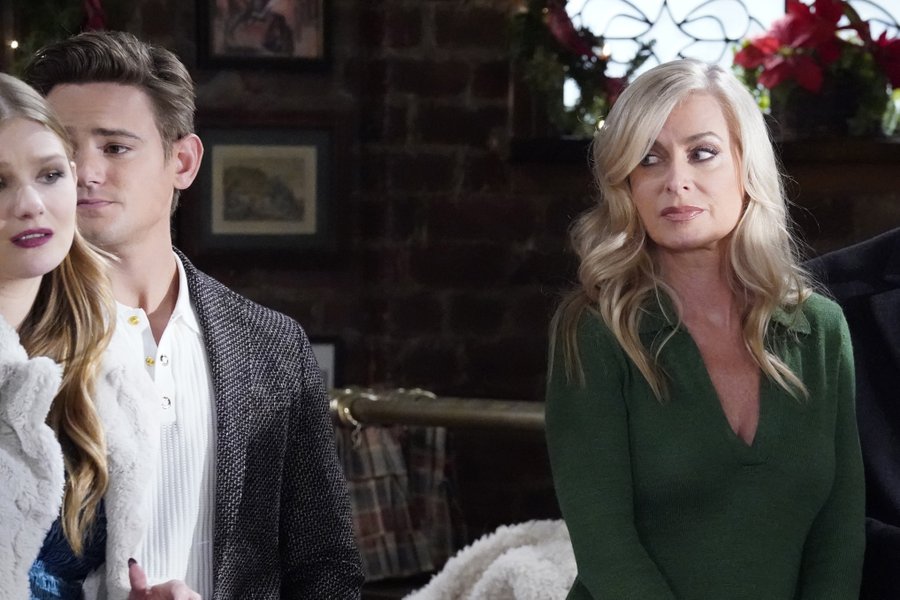 The Christmas season just got ten times better for Days of Our Lives fans as it’s been revealed the iconic soap will be delivering their first-ever holiday movie.

Days of Our Lives: A Very Salem Christmas is officially in the works and set to stream on Peacock, as revealed by actress Eileen Davidson.

The former Real Housewives of Beverly Hills shared the exciting news while promoting the upcoming, The Real Housewives Ultimate Girls Trip event which is also streaming on the platform.

The holiday movie will follow Will Horton (Chandler Massey) as he writes a screenplay before his Christmas Eve deadline.

‘Using everyone’s favorite feel-good holiday movie tropes, he creates a festive story based on his family and friends in Salem – but with several twists and turns you’ll never see coming,’ Peacock’s description teased.

Fans will get to see what goes down when the film drops on December 16.

The announcement comes after Peacock’s successful limited series, Beyond Salem which saw Eileen reprise her role as Kristen DiMera.

Lisa Rinna, Deidre Hall, Drake Hogestyn and more featured in the episodes which saw ‘John and Marlena travel to Zurich, Ben and Ciara have a romantic getaway in New Orleans, Chad visits some old friends in Phoenix, and Abe, Paulina, Lani, and Eli vacation in Miami.

‘All find themselves embroiled in a mystery involving stolen jewels which, in the wrong hands, could cause dire consequences for Salem. It’s a race against time for ISA agent Billie Reed as she crosses the globe in search of this missing treasure.’

Days of Our Lives airs weekdays on NBC.

Anthony Hopkins on Why He Became an Actor: 'I Was Tired of Being Called Stupid'