ZENDAYA turned heads last night as she highlighted her abs in a striking plum-coloured ensemble at the Dune Photocall at Le Grand Rex in Paris, France.

The Emmy-winning actress put her best fashion foot forward in a backless long-sleeved crop top that accentuated her torso. 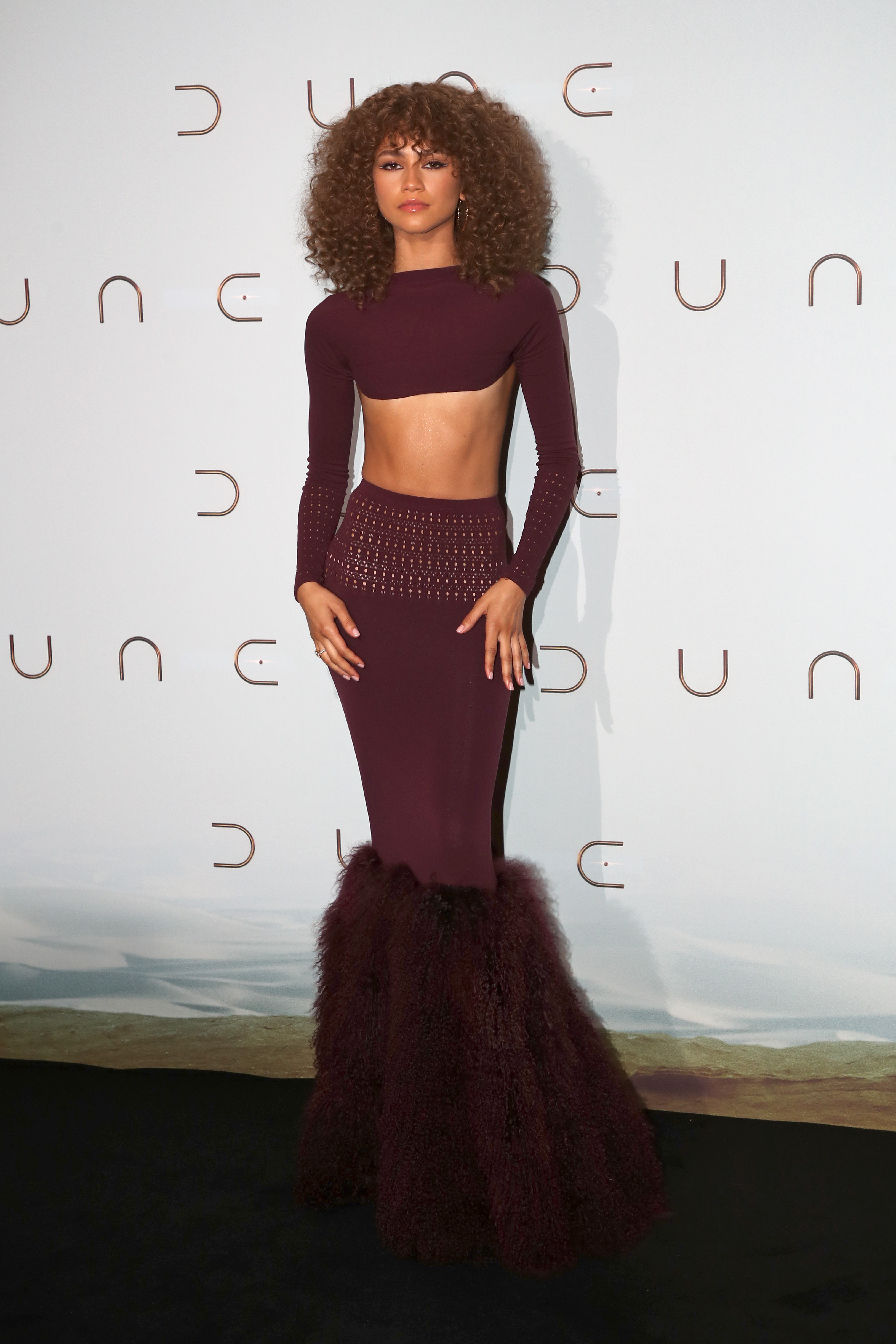 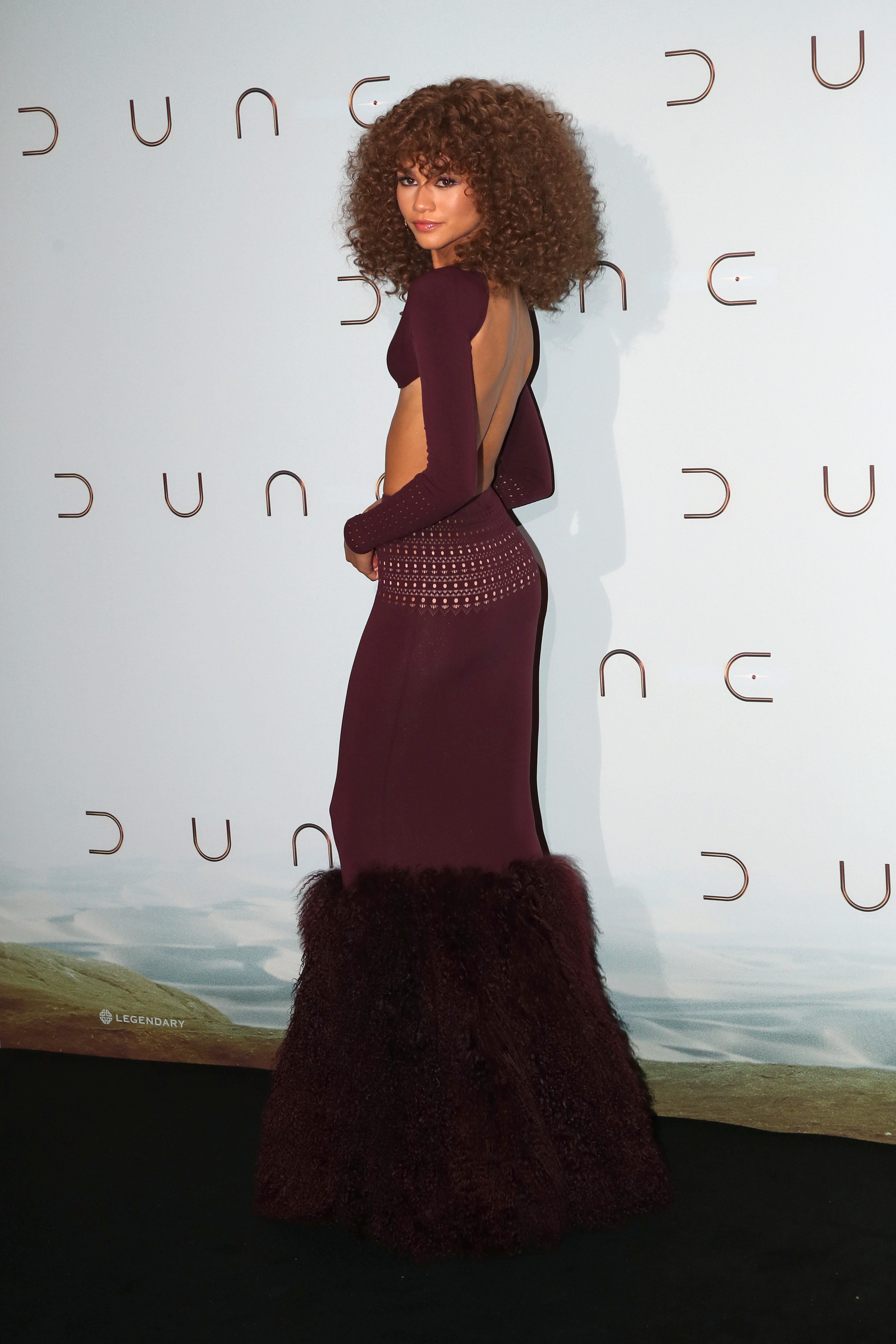 The 25-year-old star complemented the daring top with a matching high-waisted skirt with crochet-style detailing around the top.

The statement Maison Alaïa look featured jaw-dropping feather detailing along the bottom, which made sure to have all eyes on her.

Zendaya joined her co-stars Timothée Chalamet, 25 and Rebecca Ferguson, 37, on the carpet as they posed for photos with the film's director Denis Villeneuve.

Heartthrob Timothée showed off his own signature style in a Tom Ford denim tux which he teamed with a white shirt.

The Euphoria star's stylish appearance in Paris comes just days after she stunned fashion fans at the 78th Venice Film Festival in a striking wet-look gown by Balmain.

The Spiderman actress wowed the crowds in the statement piece, which she teamed with a jaw-dropping emerald and diamond Bulgari necklace, for thesci-fi blockbuster's world premiere.

Based on the novel of the same name by Frank Herbert, Dune follows Oscar Isaac's character Duke Leto Atredies as he accepts stewardship on the desert planet Arrakis – aka Dune.

Arrakis is the only source of 'the spice', the most valuable substance in the universe thanks to its abilities to prolong human life and provide superhuman abilities.

As Leto takes charge of the mining operation for the spice, Paul and Jessica soon meet the Fremen, Arrakis' natives who live deep in the desert.

The family's arrival on the island sparks plenty of action and danger, with large scale battles and hand to hand combat all featuring in the trailer as well as space ships and giant sandworms that protect the spice.

Zendaya plays Chani in Dune, which is set to be the first in a two-part adaptation of the book that has been described as the best science-fiction novel of all time.

Already the film has built up a lot of buzz and received an eight-minute standing ovation at the world premiere in Venice last week. 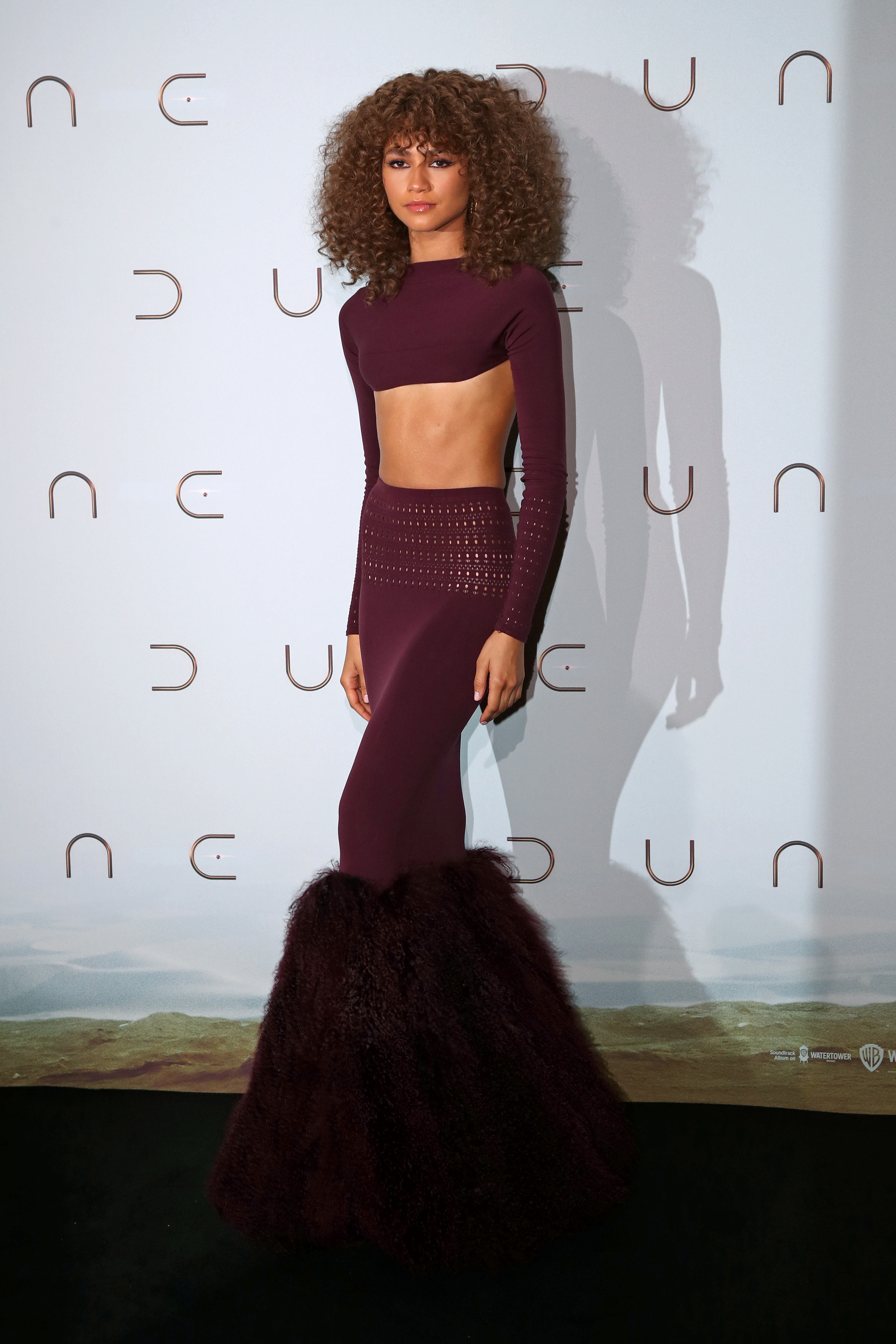 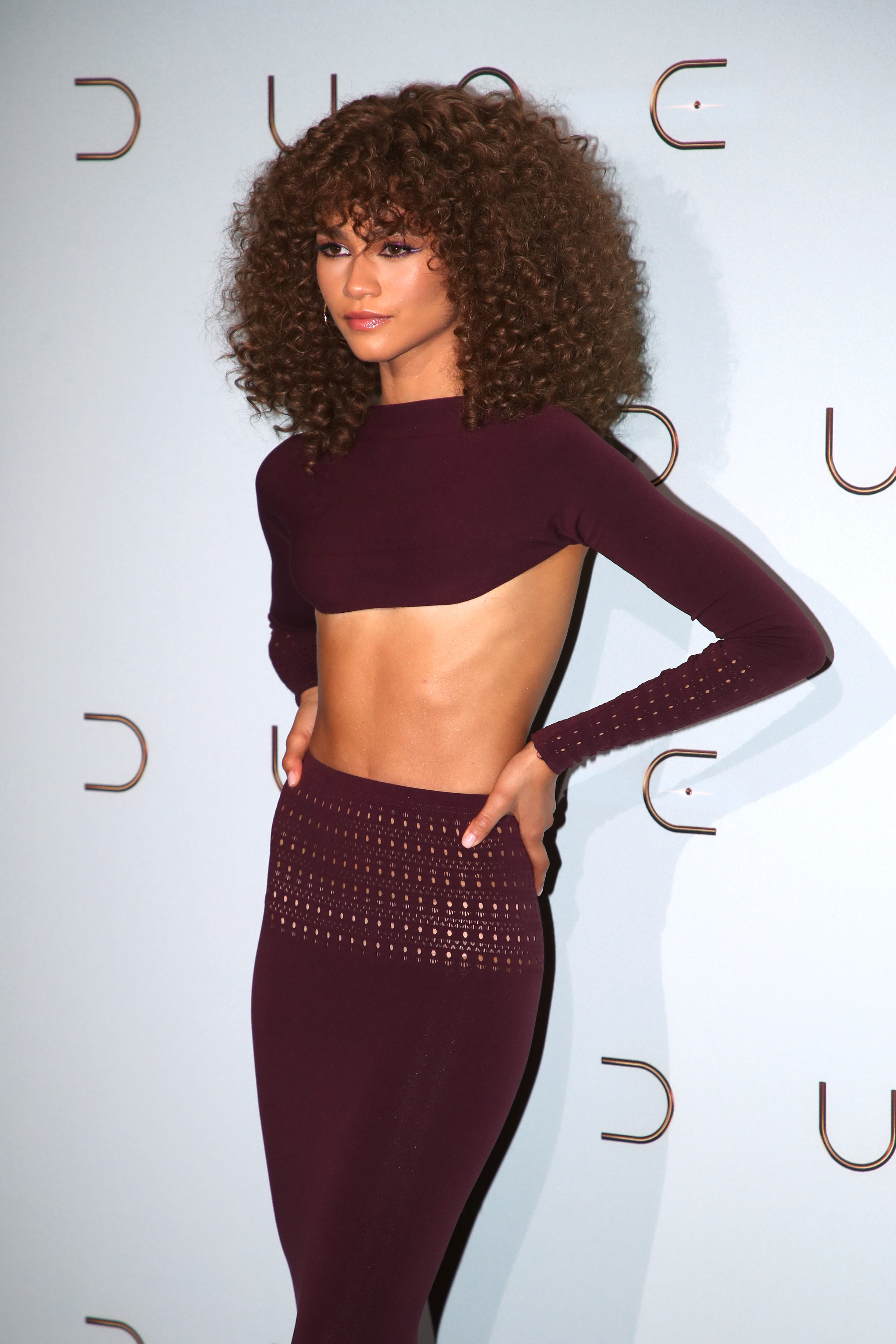 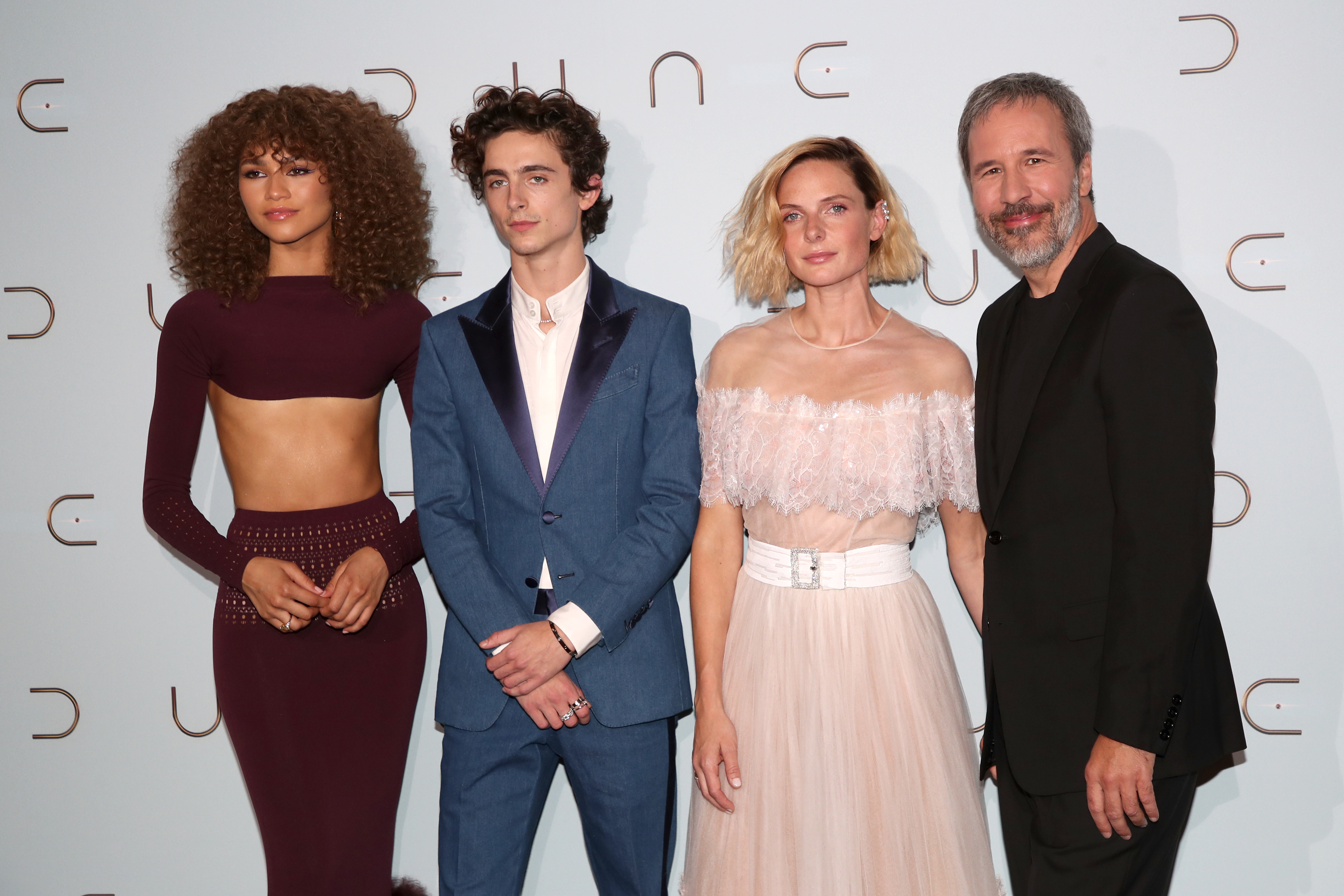 'Below Deck': Kate Chastain Reveals Why She Didn't Include Eddie Lucas on Her 'Dream Team'