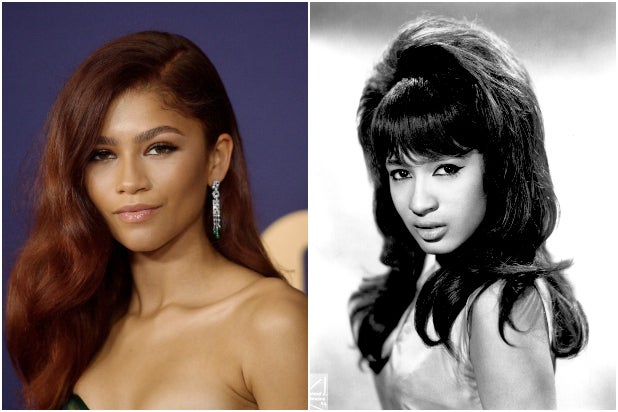 Zendaya is in talks to star in a biopic about the life and career of Ronnie Spector, The Ronettes singer known for songs like “Be My Baby” and “The Best Part of Breakin’ Up,” that A24 is putting together as a package.

Marc Platt would produce the film, and A24 has acquired the life rights for Spector and the rights to Spector’s autobiography “Be My Baby,” which she wrote with Vince Waldron.

No director or writer is formally attached.

Zendaya would also produce the film if her deal closes, and Spector would also executive produce with Johnathan Greenfield.

Spector was inducted into the Rock and Roll Hall of Fame with the Ronettes in 2007 as the original “bad girl of rock and roll,” and the trio produced two Top 100 hits in 1965 after being signed by Phil Spector, whom she married in 1968. After the group broke up, she launched a successful solo career and in the ’80s saw a career resurgence when she collaborated with Eddie Money on “Take Me Home Tonight,” which became a Top 5 hit.

Spector’s manager Greenfield and Hotchkiss Daily & Associates secured the life rights and book deals with the filmmakers. Zendaya is represented by CAA.

Billie Eilish, 18, wears $55 Yeezy sandals and a nude tank top in rare photos as she takes a stroll in Los Angeles