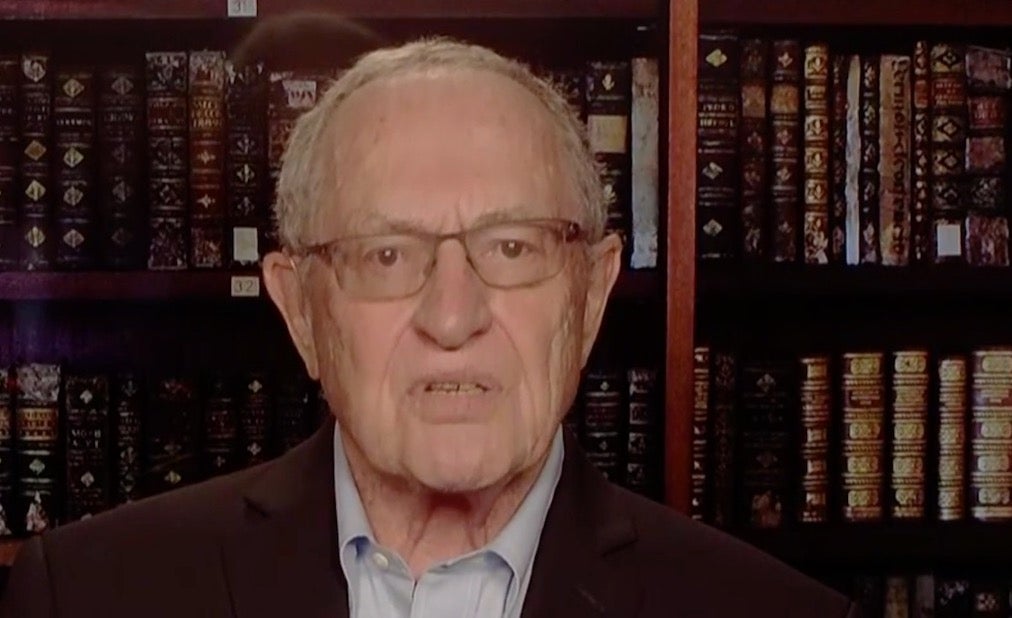 Responding to a defamation lawsuit brought against him by attorney David Boies, Dershowitz told Ingraham, “I think he’s projecting. David Boies has a terrible reputation for sexual activities and I’ve issued a challenge to him. Look, I have had sex with one woman since the day I met Jeffrey Epstein. I challenge David Boies to say under oath that he’s only had sex with one woman during that same period of time,” he said.

“He couldn’t do it. He has an enormous amount of chutzpah to attack me and challenge my perfect, perfect sex life during the relevant period of time.” OK, that’s TMI, Dershowitz.

Earlier this month, Epstein was arrested on sex trafficking charges. An Epstein accuser, Virginia Giuffre (née Roberts), said Dershowitz, who represented Epstein when he faced similar charges a decade ago, had sex with her when she was underage. This has led to a showdown between Dershowitz and her lawyer, David Boies.

Julie K. Brown, the Miami Herald reporter who’s been covering allegations against Epstein for years, described it as “a high-stakes war between two of the country’s most powerful lawyers. Their feud, simmering for years, involves accusations of extortion, surreptitious recordings, unethical conduct and underage sex trafficking.”

Following Thursday’s episode of “The Ingraham Angle,” it now also involves a challenge from Dershowitz for Boies “to say under oath that he’s only had sex with one woman.”

Dershowitz did not respond immediately to TheWrap’s request for comment.

The Undateables fans root for Nicholas and Hayley after successful second